Shannon has been Musical Director and keyboard player for Amy Macdonald since 2008, accompanying her on countless tours, festival and TV appearances. 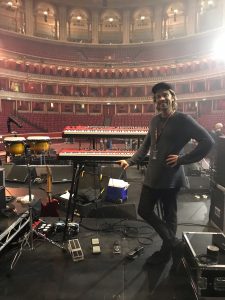 In November 2018 Shannon had a gig in the Royal Albert Hall, London –
of course “with the fantastic K&M hardware”! Shannon was playing with Paul Heaton.