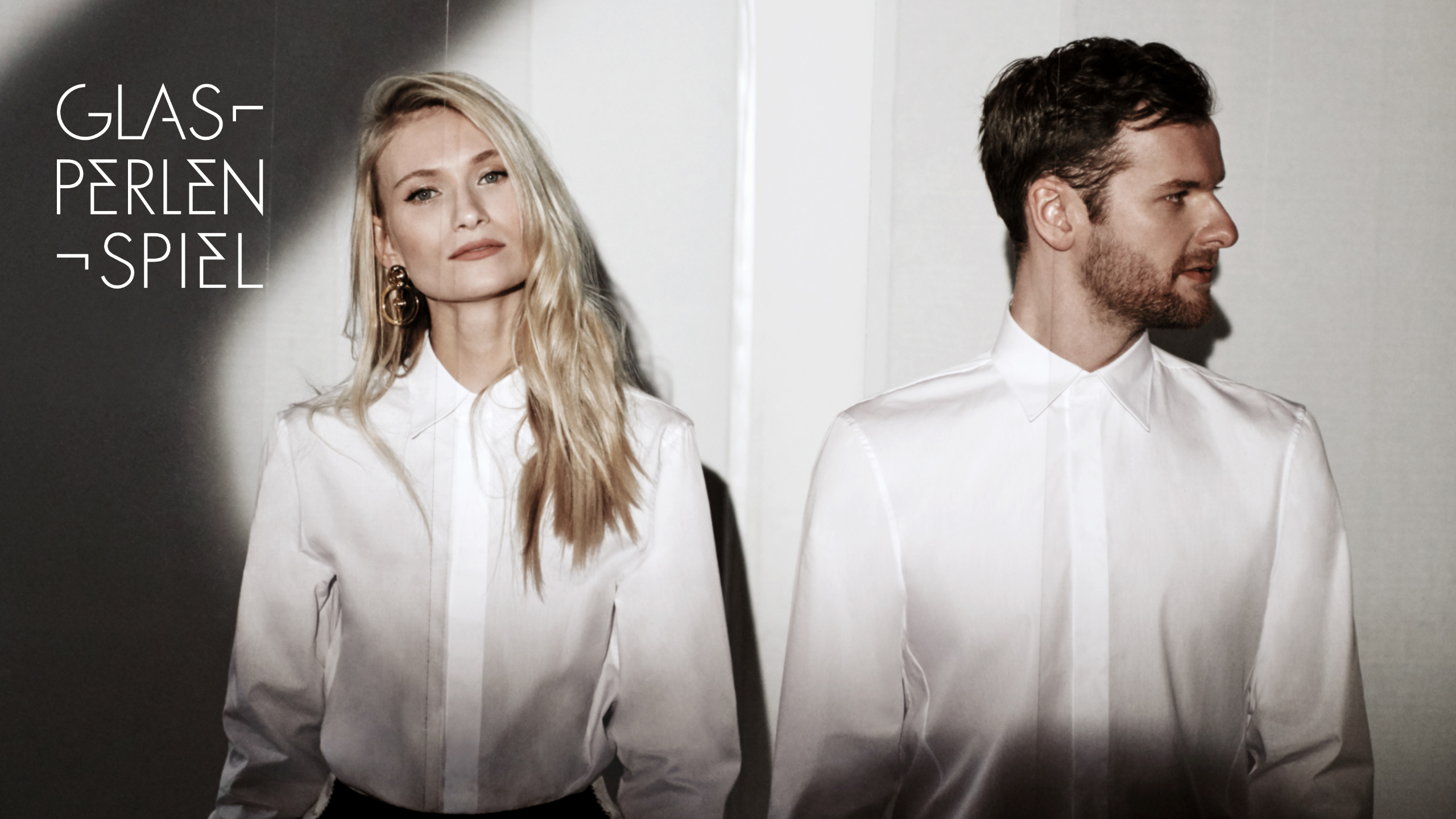 Glasperlenspiel (glass bead game) is the musician duo Carolin Niemczyk (vocals) and Daniel Grunenberg (vocals and keyboard).
Since 2003 the friends have been playing music together. Due to this they have become a good artist team and they can trust each other because of the strong bond forged between them.

Glasperlenspiel is rooted in the band project “Keine Zeit“. This band of seven people was founded in their hometown Stockach, Germany. “Keine Zeit” (No Time) won the Radio ENERGY Newcomer Contest 2009/2012 and so the guys got their first recording contract.

To do one´s own thing

“Keine Zeit” envolved into “Glasperlenspiel”, – the bearer of the name is the novella “Das Glasperlenspiel” from Hermann Hesse. „We thought the book´s aspects go with us. And finally it´s all about remaining true to oneself, avoiding dissembling and doing one´s own thing.“

In 2011 Glasperlenspiel ranked fourth at the Bundesvision Song Contest and in the same year their first album “Beweg dich mit mir“ was released. It was very successful in the charts as well as the singles in 2011 and 2012. The own Headliner Tour through Germany was sold out, a lot of fun and it has whetted their appetite for more!
Glasperlenspiel´s music style is electro-pop. The song´s lyrics have a clear message about virtues, friendship and authenticity. And their success proved them right.

In the following year Glasperlenspiel was the supporting act for Helene Fischer´s “Farbenspiel” tour. In March the third album “Tag X” (Day X) was released. In August Glasperlenspiel ranked 6th at the Federal Song Contest. In 2016 the band was on “Tag X Tour” and in October was the release of the Live DVD (3 new songs included).

In 2017 & 2018 you could see Glasperlenspiel live on their big festival tour. In April 2018, the new album “Licht & Schatten” was released, with the successful first single “Royal & Kings”.
In addition to the song “Immer da”, released in April 2020, “Trau Dich” (Dare you) by and with Kelly Clarkson was released in the same month.
In the same year, Glasperlenspiel took part in the 1st Free European Song Contest. Due to Carolin’s Polish roots, they competed for Poland and came 11th.

You can listen to the new single Sunglasses here.