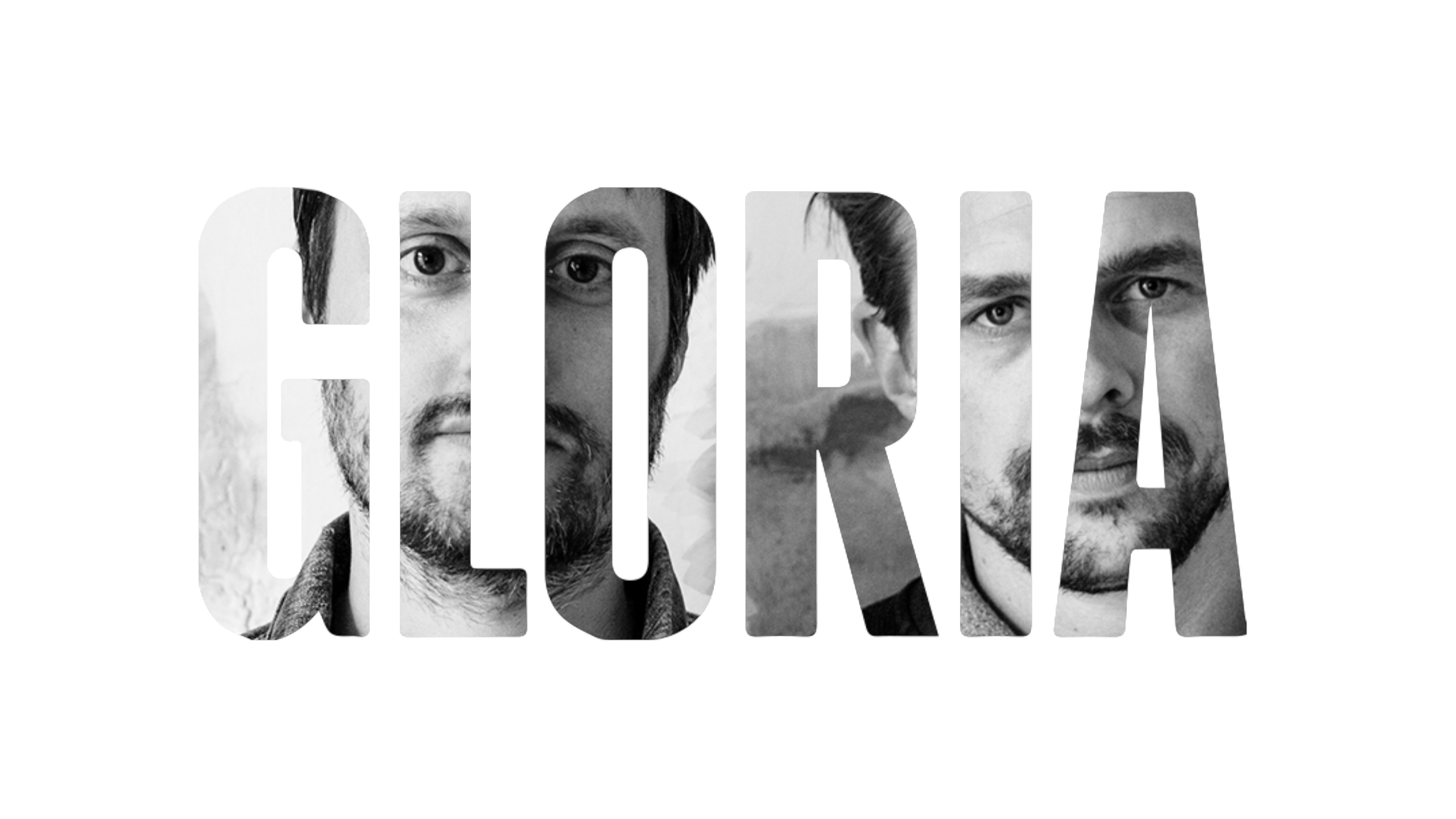 Gloria is the beautiful name of Mark Tavassol´s and Klaas Heufer-Umlauf´s band. In the German language Gloria means honor or deference. So you could think the musicans want to aim high. But actually that wasn´t there intention. Gloria is more or less an accidental product. It all started in a small apartment in Hamburg. Mark and Klaas met to make music – for fun.

But both are not just anybody. Klaas is a German television presenter and actor. Mark was the bassist of the successful German band “Wir sind Helden”.
In 2006, Klaas and Mark got to know each other and one year later they´ve started making music together. The project got the name “Gloria”.  And in fact they chose the name Gloria because it was the name of a bar in Hamburg…
So “the fun project” was their secret for a long time. Finally in 2013 it got serious. The debut single “Warten” was released – a song about love. The debut album “Gloria” was releasded in the same year.
In 2015, the band released the second album “Geister”.

In 2017, the band proved their persistence. With the new album “Da” and the single “Immer noch da” (Still there) they wanted to tell: We need music to think, to feel, to calm down…just to be keep being happy.

The single “Narben” was released in 2018. You could see Gloria on “DA2017-18” tour and on festival stages.
The latest single “Grünes Blut” was released the following year.

Since March 2018 Gloria is the live band of Klaas´ Late Night Show “Late Night Berlin”. Mark is the band leader. And of course they are equipped with K&M stands for music.