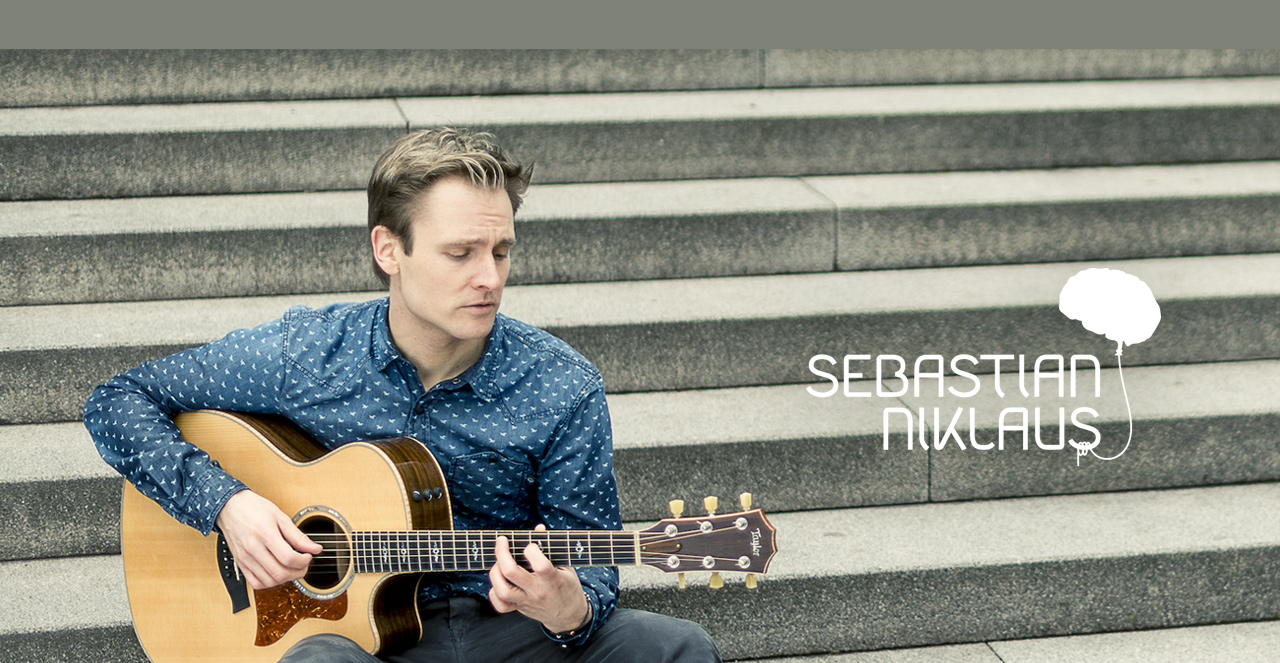 Sebastian Niklaus was born in 1982 in Karlsruhe. He´s a German singer/ songwriter and he also plays the guitar and the ukulele. His musical genre is German pop music and he writes about his experiences, impressions and encounters. So Sebastian wants the audience to share in his thoughts.

In 2013, was the release of his first album “Ich denk Musik“ (I think music). Since then Sebastian has been a “full-time musician” and he has also become known outside his native region. In Germany you could see him on plenty stages.

In 2014 the singer released the single “In mir” (Inside me) and the song has been played by national radio stations.
In 2015, the B-side song “Ziel vor Augen” (goal in mind) was released. You could see Sebastian on some festival stages and in the following year he presented his new song “Freunde” (friends).

The new EP with the same-named song “Wenn ich sage was ich denke” (If I say, what I think) was released in 2018. Sebastian´s message: You have to be aware of what you say. Words have power. They can make other people happy but words can also hurt. Words can change things for the better..or they don´t. Be honest, but kind.

“Du packst das” (You can do it) is the title of Sebastian´s new single release in April 2020. He release an encouraging song for all people who are currently struggling with difficult life circumstances.

“Finally live again,” Sebastian rejoiced in the summer of 2022 and at Christmas Niklaus will come on tour again.