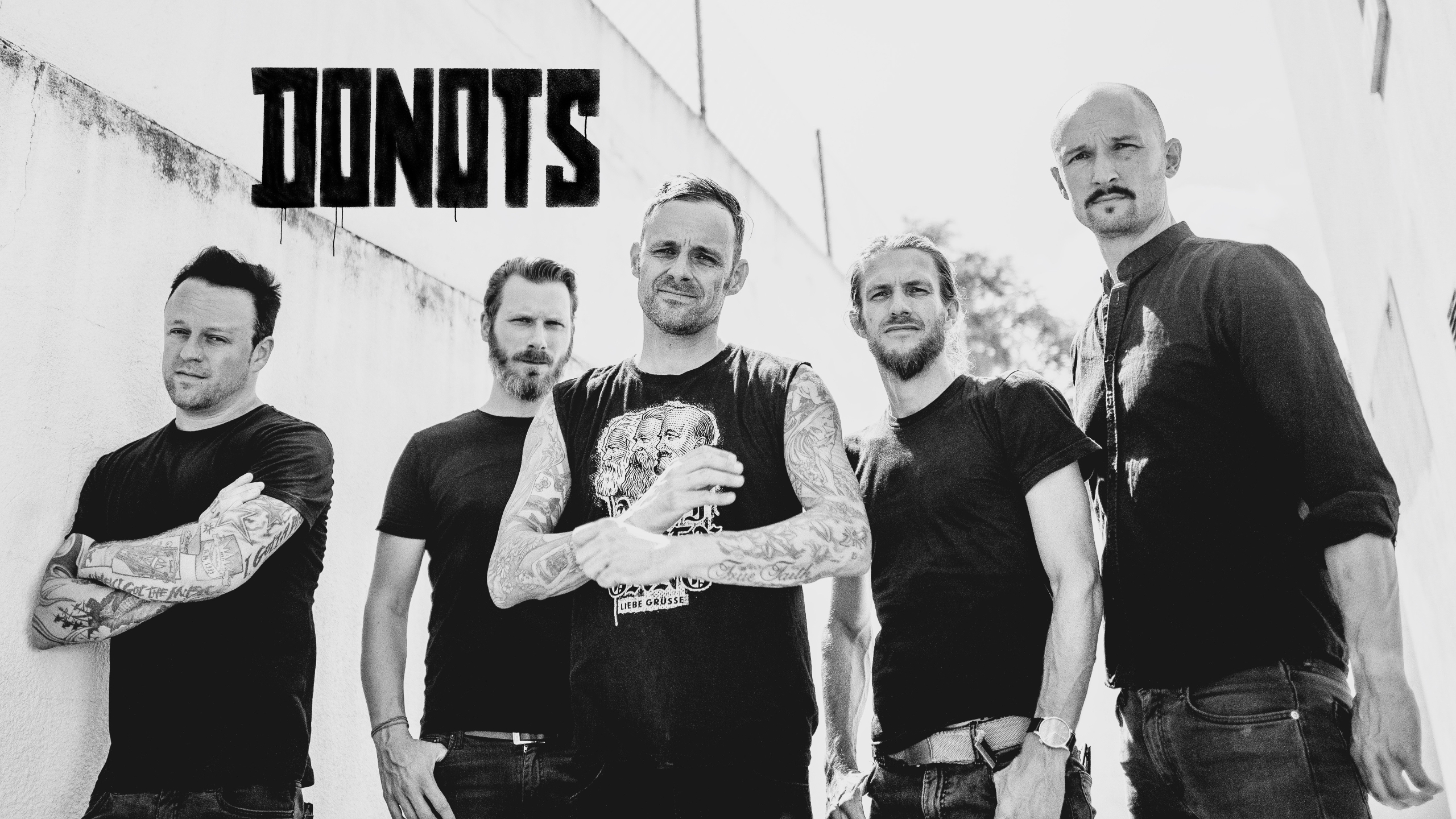 This alternative rock bank has been around since 1993!
Many albums, tours and festivals have made The Donots an integral part of the rock scene. In 2012 their ninth album “Wake the dogs” was released. It was even more successful than all the others and beyond further festivals they were on great tour. In 2015 The Donots presented their new album “Karacho” which conquered the charts. So the band produced also an English version called “Carajo”. In summer The Donots rocked the festival stages and the band was the opening act of the 30th “Rock am Ring” festival.

The band was on “Karacho” tour at the beginning of 2016. In March The Donots were the first German band playing on the Salty Dog Cruise.
After a great festival summer The Donots presented 10 concerts themed ” I´ve already seen The Donots live on stage – and the guys haven´t played 1.000 concerts yet.” After this kind of preparation the thousandth concert “Grand Münster Slam” followed at the end of the year.

New album (2018): “Lauter als Bomben”
Listen to the new song “Willkommen zuhaus” which has been released as a benefit vinyl single in favour of “Jamel rockt den Förster”. The song made it to 1st place in the German single trend charts.

27 years, 11 albums, over 1200 concerts in 21 countries – these are the impressive facts from the Donots’ career so far. The band looks back on this time in detail in their biography “Heute Pläne, morgen Konfetti”. The book for their 27th band anniversaryft was published in April 2021.

We consider ourselves lucky to have had this successful, long-standing band as an endorser since October 2009. Itchy Poopzkid, a band we’ve supported for years, got us in touch with the band when we asked. Both played the “Taubertal Rocknacht” concert (in Würzburg) and a meeting was arranged after the performance. We got to talking and quickly agreed on a working partnership. We invited the band to an autograph session and interview at our booth at the Musikmesse Frankfurt 2010.

What the name of the band means? According to Donot´s statement it stands for the band´s philosophy to “do nothing” 🙂