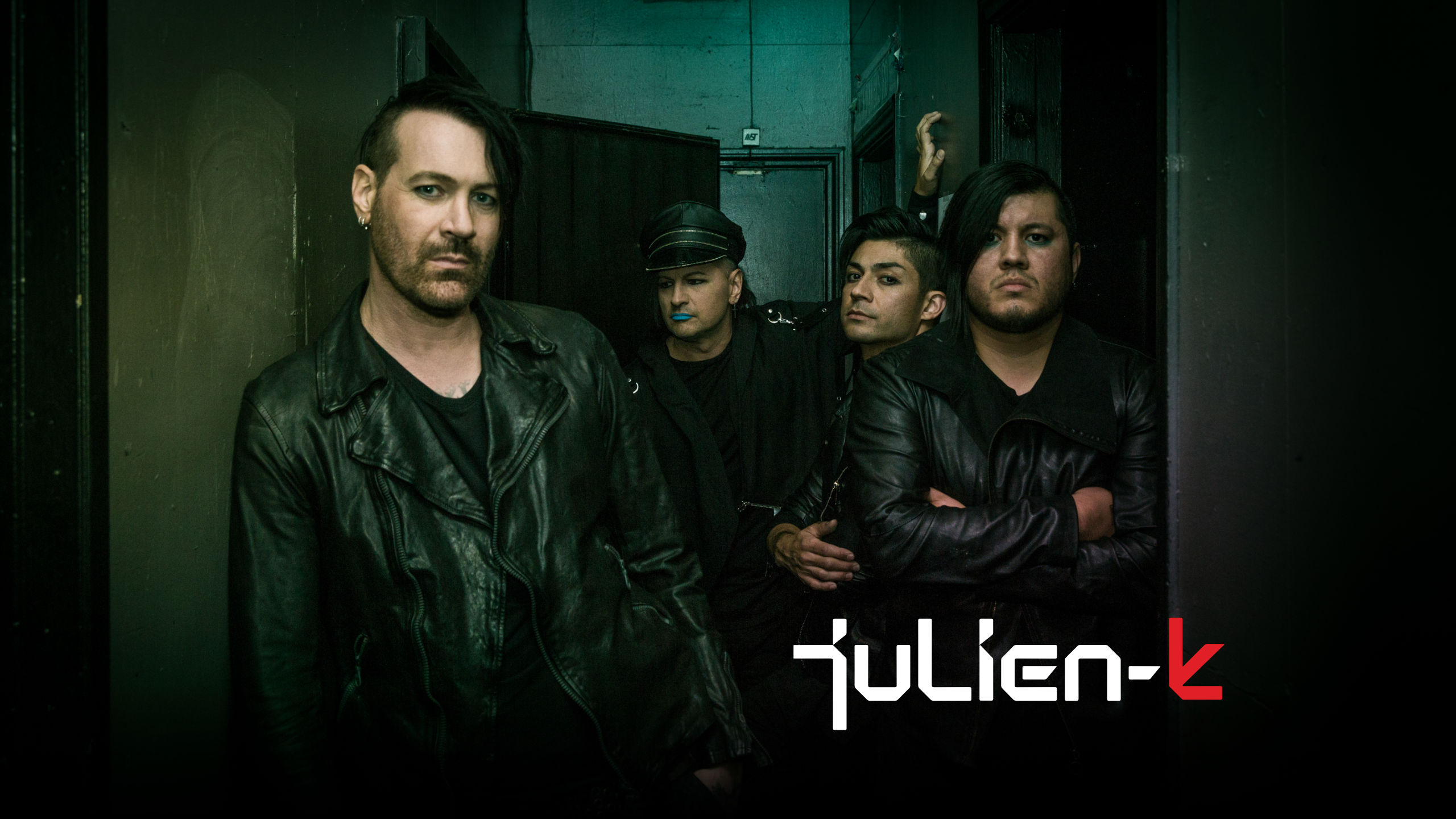 JULIEN-K is a synth rockband from the USA.
For years they have been touring the world and in 2013 they have again proved themselves with their new album:  We’re Here With You