Best Band of the world 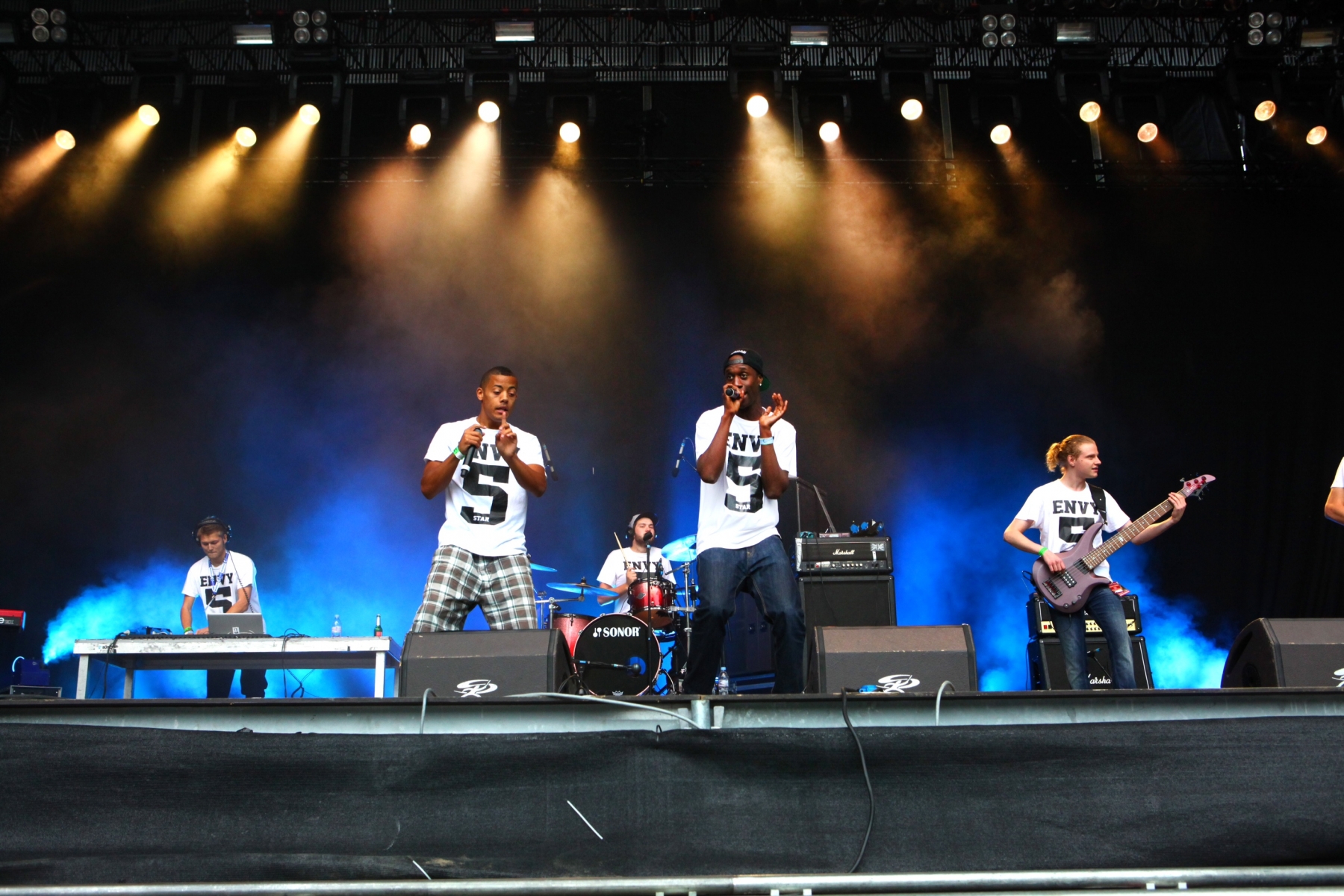 …that´s what the bands of the “Emergenza Contest” fight for. Emergenza is the largest live band festival for young bands worldwide.
In 1992 some bands got together to organize a competition in Rome, rented a large hall, and the festival was born. The concept proved so successful, it soon spread to more cities and countries and is now a tour. Currently Emergenza is held in around 150 cities all over the world!
Participants can look forward to a fully equipped stage, perfect technical organization and promotion for their own show. Every band, every musical style is welcome to play a program of no more than 25 minutes.
There are a number of qualification rounds that give bands an opportunity to perform in large national and international locations. The audience votes for the band that makes it to the next round. At regional and national finals, a professional and international jury decides the winner and hands out awards for other bands and the best musicians. The winners also get music equipment – sponsored by König & Meyer.
The international final round is part of the Taubertal Open Air Festival in Rothenburg, Germany. Since the first festival in 1995 a lot of well known bands have been there. For example: P!NK, Beatsteaks, In Extremo, Mando Diao, Flogging Molly, Seeed, The Hives, Maximo Park, Culcha Candela, Mika, Bloodhound Gang, Donots.
The most successful German bands to participate include EMIL BULLS and ITCHY POOPZKID. EMPTY TRASH (Max Buskohl) and SUNNY GLADE (now known as Juli) also took part.
Three days of party, a great atmosphere, nice people and of course the awesome bands make
lots of people want to be part of the festival. For years the tickets have been sold out a long time before it starts.
The “best band in the world” wins a professional production or a sponsored festival tour along with musical instruments and technical equipment.

So this years´ winner is ENVY, a band from Norway. After three days the finale of the Emergenza Contest ended at 14th August. 18 bands with members from 16 different countries were in the final round. So last weekend they all came to the Taubertal-Festival in Rothenburg, Germany  to perform on the „Sound for Nature“ stage. They had 20 minutes time to convince their audience and fans but first of all the jury, including Christian Fröber the artist- and relationship manager of König & Meyer as one of 11 jury members.
All bands were absolutely fantastic! But finally the hip hop project of the band ENVY convinced everybody – including the international jury.
The 11 band members of ENVY walked away with the top award and they were crowned "world champions" or "best band of the world". Saying "world champions" sounds big – and it is, considering the bands from 24 countries from all over the world which took part in this newcomer contest.
But additionally there were awards in nine more categories – for example: the best singer, drummer or guitarist and the best song.

"Beste band of the world" – the winner: ENVY