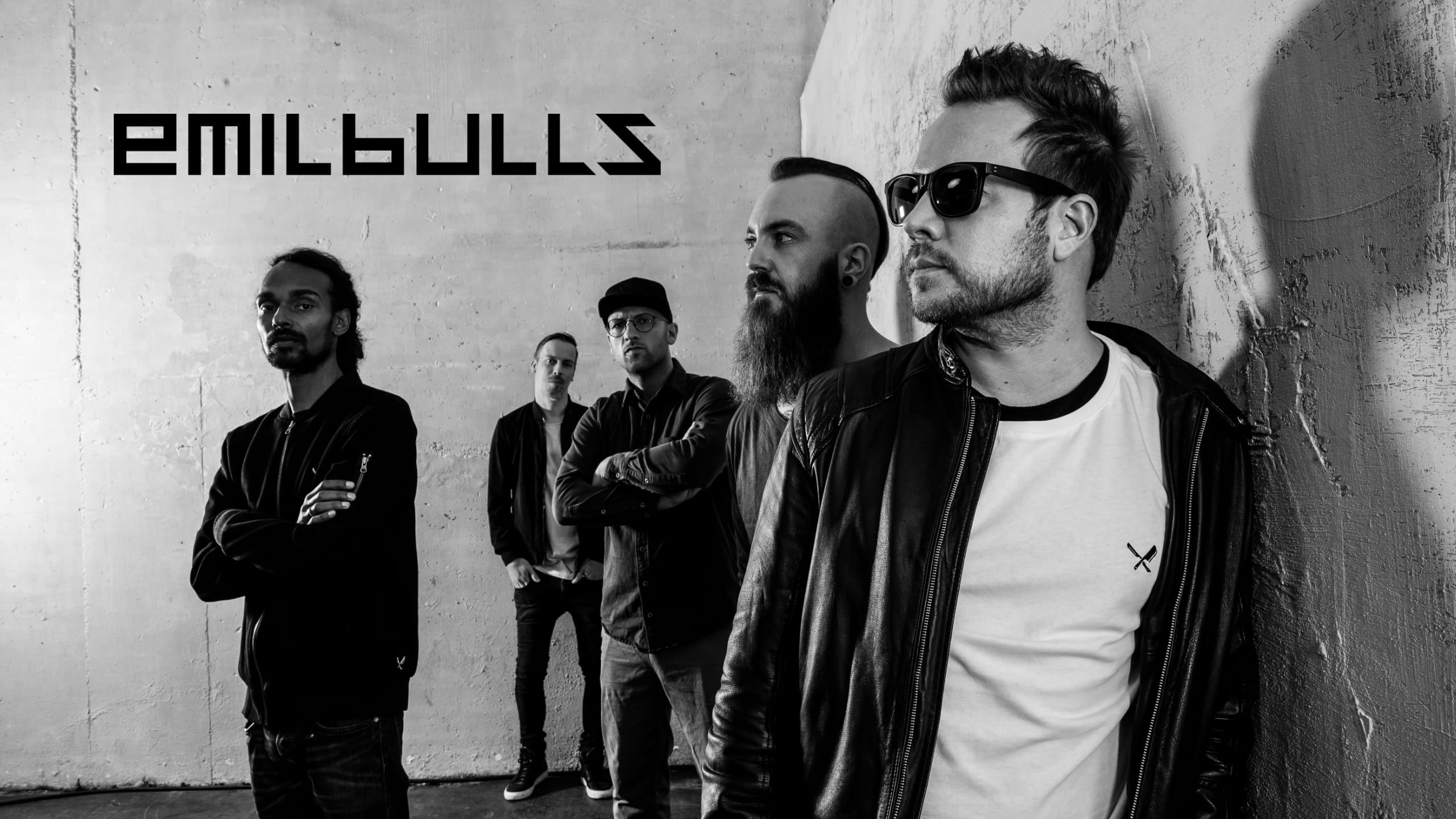 Emil Bulls is an alternative metal band from Munich. The band was founded back in 1995. Christoph (vocals, guitar), James (bass) and Stephan (guitar) are original founding members still with the group today. Andy (guitar) and Klaus (drums) joined in 09/10 and are part of the band’s current line-up.

In 1997 the young band took third place at the Emergenza Festival. The first album soon followed, firmly establishing them in the music business. In 2011 Emil Bulls, a band with many tours under their belts and who have stood on many stages over the course of their long history, released their seventh album “Oceanic”. Over the last years they´ve got a loyal and growing fanbase. At festivals Emil Bulls are also popular guests because they unite different fan groups.

Against trends or other barriers they´ve made their own way and now Emill Bulls is a No. 1 band in their genre.

2014/08/08 – the 8th album “Sacrifice to Venus” was released! In 2015 Emil Bulls was on “Sacrifice to Venus” Tour and as usual part of plenty festivals. Also the band celebrated its 20th anniversary! 2016 was the release of “XX”. The album included the song “The Jaws of Oblivion” (listen to it below).

2016 Emil Bulls had a “super festival summer” and celebrated with their fans at the end of the year at the Emil Bulls X-MAS BASH Festival.

In September 2017 the new and ninth studio album “Kill your demons” was released, with which they were busy on a tour of the same name.
Less than two years later the next album “Mixtape” was released in May 2019.

In 2020, the tour for the 25th stage anniversary had to be postponed for well-known reasons.

In October 2020, we could proudly look back on 20 years of endorsement, because the cooperation already started in 2000.
Besides their autograph session at the Musikmesse Frankfurt 2001, the product development of the spring-loaded DJ table (together with DJ Zamzoe) in 2002/03 was another highlight.