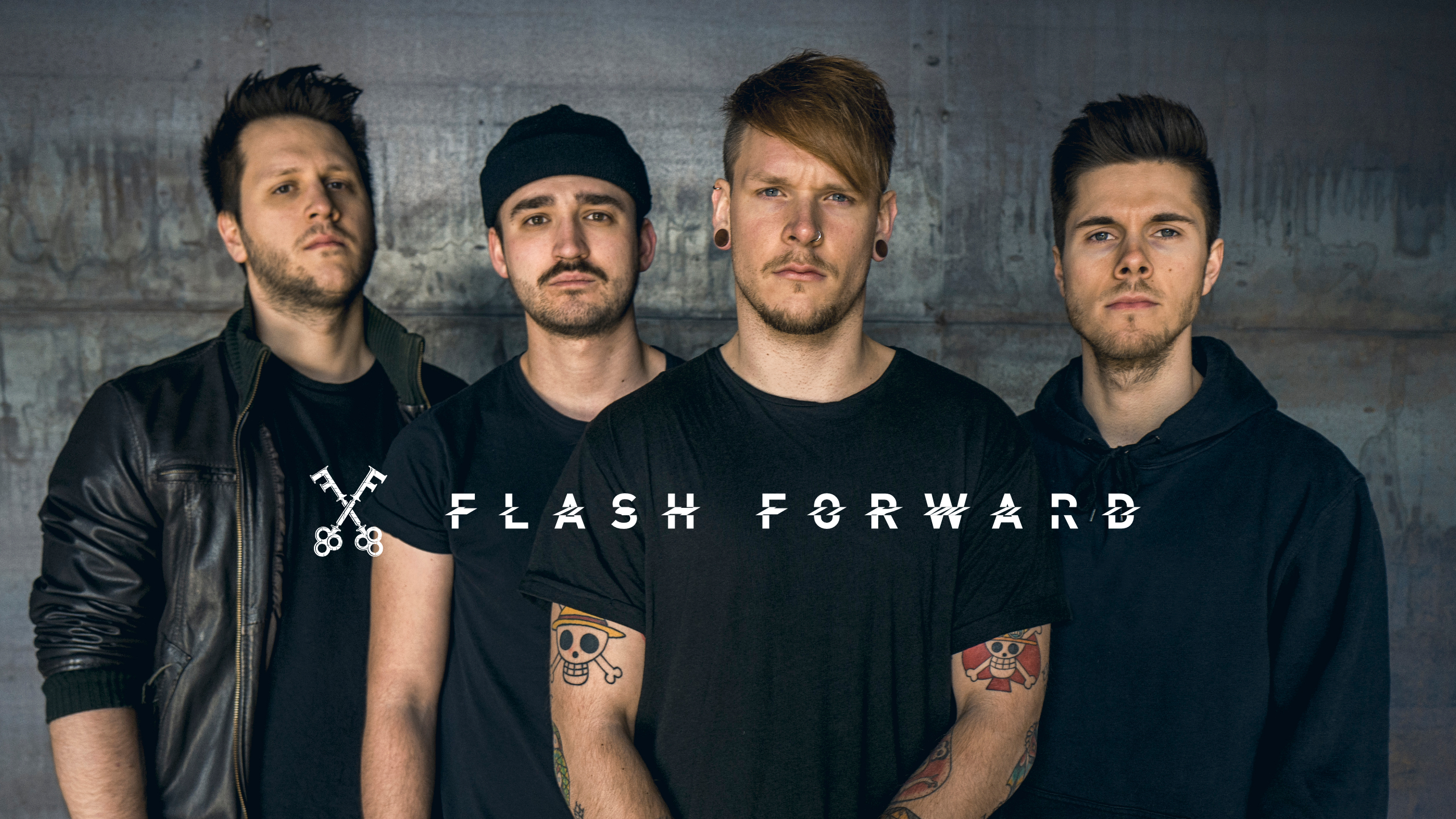 In the following year the first album „Games, Cheats & Fakes“  was released. This Pop- Punk album came to life in the shelter of their homes. That also gave reasons for the re-release in 2013 (Redfield Record Label).

Flash Forward knew they wouldn´t record their second album near the place they live. As a band they already had been far away from home for a long time. Finally they travelled to Berlin to produce the new songs with Flo Nowak (5BUGS) at the Dailyhero Studio. Also the musical style changed. The new album, released in 2014 presented polyphonic Alternativ Rock. Flo explained: “The sound and the new songs are more sophisticated, more diverse and arranged more consciously.”

The album was named after the Roman God of Light: Apollon. The songs cover subjects like loneliness, doubt, betrayel as well as courage or vitality. Stefan described: “The special thing about Apollon is that every song can stand for itself although there is a context built up with the other ones. Nothing is set in stone, but there is a central theme that runs through the whole album.”

In the same year they wanted to play live as much as they can- and they did. And they also had a full schedule in 2015. Finally in March 2016 the new album “Who we are” was released: “We want to express the difficulties of youth in our society – the choice between a normal everyday life in the form of education, relationships and studies or the dreams and aspirations.”

Just one year later the band presented “Revolt” – the new album is a great mix of Alternative, Indie and Punkrock.
The new record “Golden Rust” (2019) is a testament to the trio’s development and delivers the perfect mix between alternative, indie and punk rock.

The new single “Numb” was released in December 2020 and is about the fight against depression. The German Depression Aid provided the band with a lot of information as part of the release of the song. More can be found here: numb.flashforward.de

Can You Hear Me Calling – Refugee movement

On 02 April 2021, “Can You Hear Me Calling” was released, the new single in which Flashforward once again take up a very important topic: The still current and ongoing refugee crisis. For the single, Flash Forward teamed up with the young Rania Mustafa Ali, who fled from Syria to Vienna. This flight was documented and published by the British The Guardian and has been viewed by around 2.5 million people so far.
Flash Forward also use their voices to give Rania’s story a platform. In a deeply moving video, Rania tells of her escape, framed by the band’s lyrics.

The band was one of our musical highlights at Musikmesse 2014. Two times they rocked the Agora Stage. And in July 2014 we had a great (live on stage) video and photo shooting. Later on Flash Forward were on Nightliner Tour. Their tour dairy was exclusively published on our blog.