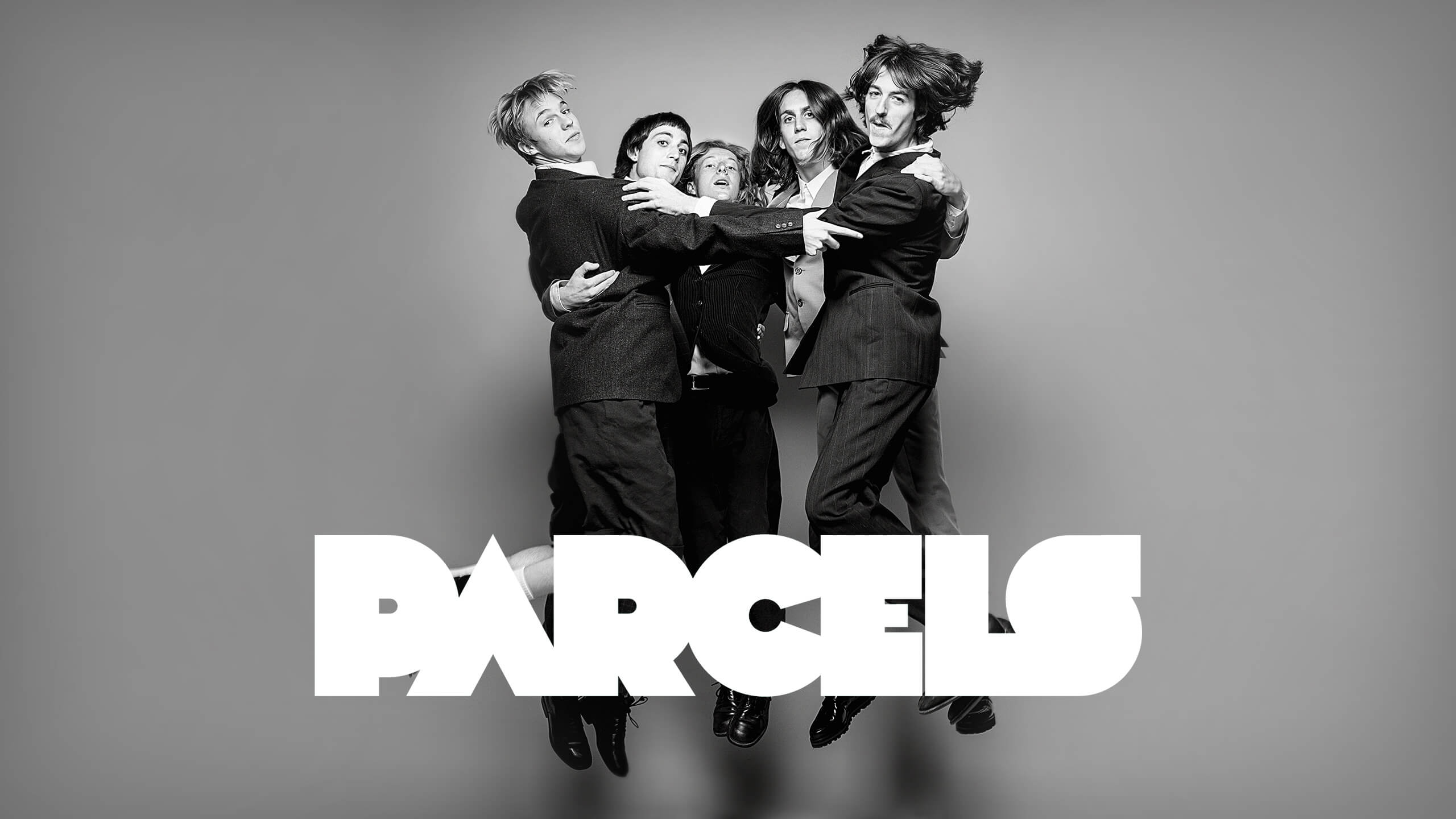 Parcels is a very young Australian band with Jules Crommelin on guitar, Noah Hill on bass, Louis Swain and Patrick Hetherington playing keyboards & synths and Anatole Serret drums. They all sing together – in perfect harmony.

In 2015 Parcels moved from Australia to Germany without knowing what to expect:

“We weren’t thinking much when we moved to Europe, we just finished high-school and hit the road… But what happened after was the start of everything for us, we can’t imagine our lives if we hadn’t boarded that plane.”

Just arrived in Europe, they got a record deal with the French label Kitsuné and started working. By October 2018 only two Parcels EPs, “Clockscared” and “Hideout”, as well as the single “Overnight” had been released, but the up to 15.000 people in front of whom the band played seemed to love it and realize that they see something very special on stage.

Finally in autumn 2018 the debut album “Parcels” was released, on which the musicians had worked for one year. An album in which one can discover many musical influences, because their desire was to record an album without stylistic boundaries, which nevertheless sounds like one piece “…mainly it all came together through our desire to create meaningful pop music.”