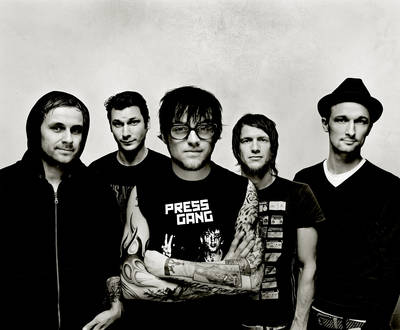 This alternative rock band is from Germany. The band formed in 1993 in Ibbenbueren and for one year they have been endorsed by König & Meyer. To get a general idea of the long and successful band-story we have made a short portrait of the band!

The name of the band stands for their philosophy to do nothing.
In 1994 they celebrated their stage debut in their hometown.
In 1995 the first album “Pedigree Punk“ was released. Then there were some concerts together with bands like blink-182 or No Use For A Name. Three years later the second album was released and they started their first tour.
The third album with the single “Outshine The World“ was very successful. For the first time their songs were played in radio and television. The album “Pocketrock” and mainly the single “Whatever happened to the 80's” made it possible to have a breakthrough in Germany in 2001. Consequently there was a new tour. Together with the American band “Midtown“ they played in Germany, Austria and Switzerland.
After their fourth album “Amplify the Good Times“ had been released the band played a tour throughout Europe. That was at the end of the year 2002. But one year later this album got very successful in Japan, too. So there was also a tour.

2006 the Donots made their first best-of-album “The Story So Far – Ibbtown Chronicles”.
In 2009 they played a tour with the German band “Toten Hosen“. After that they worked in the studio to write new songs for their eighth album. “The long way home“ was released in 2010. In the summer month there was the “Long way home” tour. Moreover they played concerts with the band Green Day.
In fall there was again a “Long way home“ tour. The last three concerts were played in the hometown of the band. So the end of the tour got the name “Short way home“.
Their next projects will be three concerts in Japan. They will take place in December. At the beginning of 2011 there will be a further “Long way home” tour, because this album has been such a great success.

Since October 2009 König & Meyer has been very excited to endorse such a long-standing successful band.
But how did this endorsement begin? Itchy Poopzkid is another band endorsed by König & Meyer. Both bands know each other and last year they played one concert together. König & Meyer asked Itchy Poopzkid whether it could be possible to meet the Donots after this concert. It was possible and so there was the first meeting. König & Meyer and the Donots had a conversation and soon they came to an agreement. Since then they have been keeping in touch. One highlight was their visit at Musikmesse Frankfurt. The band signed posters for the fans and also allowed them to take photos. (see the gallery below). After that they did an interview as well – you can watch it on the right.
König & Meyer has now a new project in mind. The company is working on a new campaign in which a band member will be involved. What exactly? Wait and see!