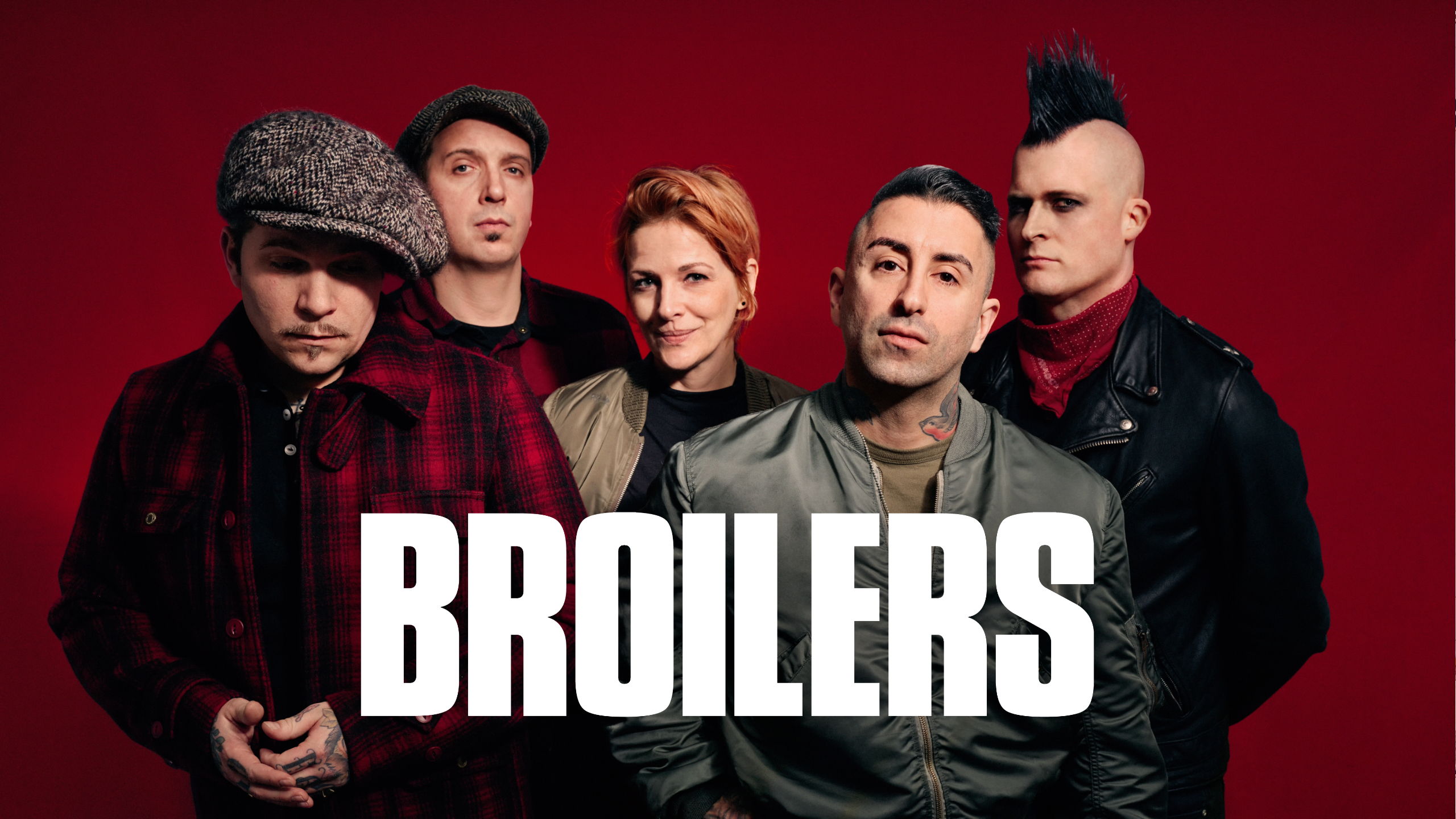 In 1992, two 12-year-olds from Düsseldorf decided to form a band, their music and looks majorly influenced by idols such as the Sex Pistols, The Clash and Germany’s most successful rock band Die Toten Hosen. Two years later, the band Broilers arose from this original line-up, combining punk rock with sounds from the traditional – of course antiracist – Skinhead and Rude Boy Scene. It is especially the latter movement which united black and white youth cultures in the 60s in Great Britain that has left its mark on the band’s style.

Over the years, the band has released four albums and performed a countless amount of gigs in front of a continuously growing fan base, always true to their strong DIY-mentality. The powerful, catchy compositions of the band along with the unusual lyrics of front man/guitarist Sammy Amara have played an important part in Broilers growing success. With their studio record “Vanitas” (2007) and their first DVD “The Anti Archives”, the band has managed to take the important step from insider to cult act.

Their extensive tours have achieved an excellent reputation due to their intensive and mind-blowing gigs. In fall 2010, Broilers played a sold-out headliner tour in front of 15,000 people. In addition, the band has played all major festivals in the German-speaking sector such as Rock am Ring and the Highfield-Festival.

“Santa Muerte” was released in June 2011. It tells stories of the band´s life, including experiences as well as up and downs. The band wants the fans to have a good time, to give them power and something to think about. After a great tour with this album the “Santa Muerte Live Tapes” has been released in 2012.

In 2013 they´ve rocked lots of festival stages and announced: The next year will be blatant for all of us. 20 Years of Broilers, new album, new tour…! And it has been a great year with the new and successfull album “Noir”, a lot of great shows and two sold out anniversary shows in December.

In 2016 the Broilers announced the release of a new album and an ucoming tour! So there was a lot to plan and to organize and finally in March 2017 the new album (sic!) was released. The album and the tour has been a great success. Results: Winners of the award “ECHO 2017” in the categorie Rock National. (sic!) has been gold certified!
Since then the guys have been busy rocking various tour and festival stages. Have you been there?

“Puro Amor” the album about love and letting go. About moving on, even when it’s hard. Fans have had to wait four years for the new album and on 23 April 2021 it will finally be released:
46 minutes and 14 songs about real, true, great and pure love, with all its ups and downs. From the first tender kiss, from a hickey to a bite mark, to the warm feeling of a home, from the worst quarrel to the most painful loss.
Partnership, family, a deep friendship that unites all that has been before – like the friendship that brought the band together 27 years ago and still holds them together today.
In the meantime, the music of the Broilers is released on their own label “Skull & Palms Recordings”, the last three albums reached gold status, the two most recently released longplayers both managed to jump to number one in the German charts. And Puro Amor also entered the charts directly at number 1. Congratulations!