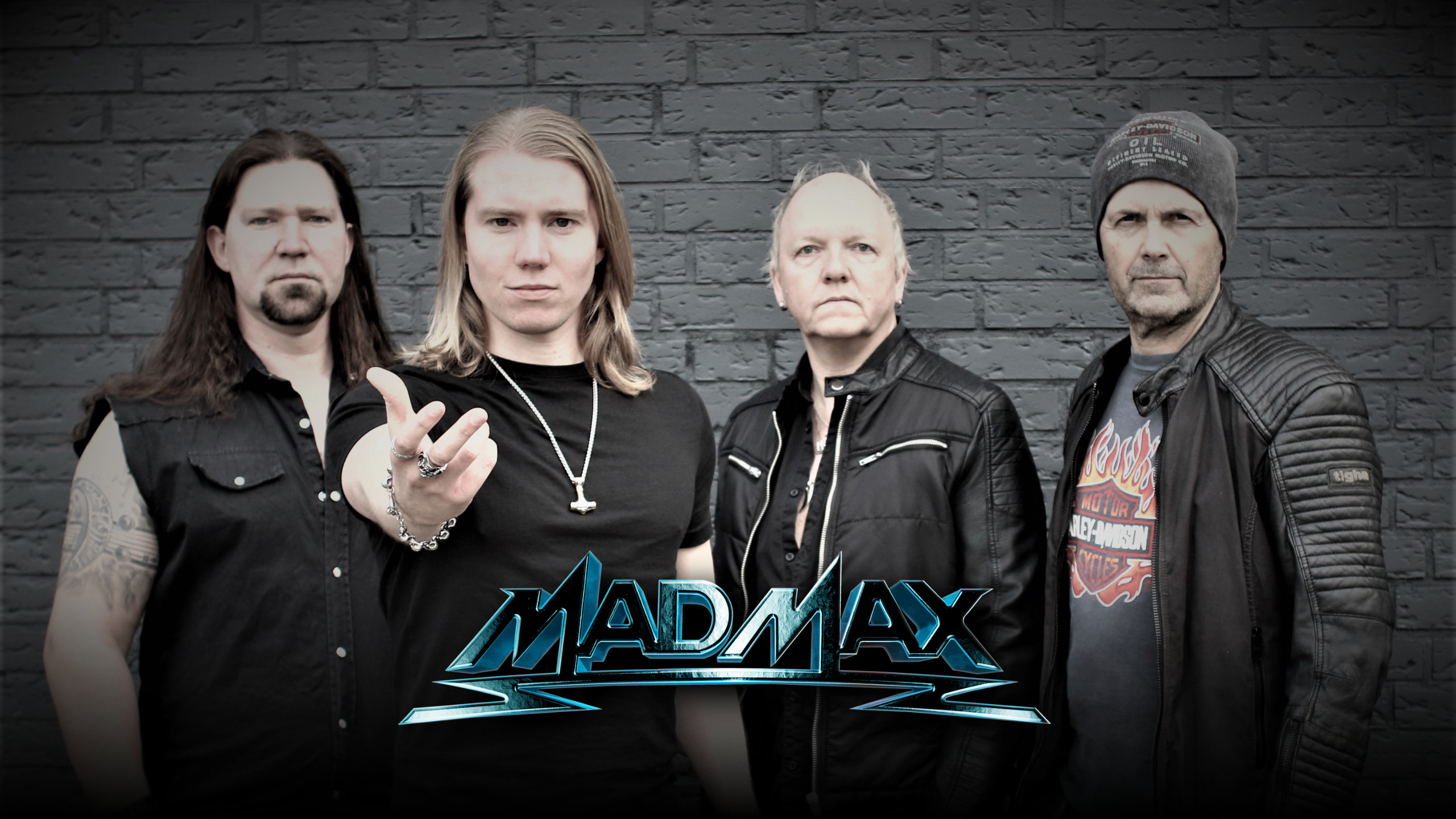 It all began in the year 1982 when the ´New Wave of Britsish Heavy Metal´ stormed in from Great Britain all over Europe.This was the starting point for the passionate and young german band from Muenster.
Heavy metal music was the rule and sending the first demos ever to the recently founded company ´Roadrunner Records´ made them become one of their first signings. Mad Max where in good company with future megastars like Metallica and King Diamond.
The deal ran over three albums and suddenly the band started touring intensively with bands as Pretty Maids, Yngwie Malmsteen, Uriah Heep or Stryper and playing the legendary Aardshok Festival in Eindhoven.
Then in the beginning of the new century Mad Max signed to SPV/Steamhammer and played huge international festivals like Rocklahoma, Wacken, Bang Your Head or Rock of Ages, followed by two european tours as support for Axel Rudi Pell.
2018 fans and press both celebrated the release of the new album “35” and due to the great success Mad Max toured Europe as “Special Guest” of Coreleoni, the band of Gotthard guitar player Leo Leoni followed by a huge successful headliner tour in Spain.
After the release of the 2020 album “Stormchild Rising“ Mad Max and their former lead singer Michael Voss went separate ways.
With a new record company (Rock Of Angels Records), a worldwide record deal and the new lead singer Julian Rolinger Mad Max are starting full speed ahead into their 40th anniversary year of their band history.
The new album “Wings of time” will be released on september 4th 2022. On september 7th 2022 MAD MAX will embark on a large European Tour as the “Special Guest” of german guitarstar and charts storming recording artist Axel Rudi Pell.